What is a serious game?

In a world where new technology causes for society to change rapidly, a transition from “passive learning” to “active learning” is needed to teach employees a more efficient, effective and enjoyable way of working. Relatively new teaching methods such as constructivist learning environments like serious games (games that have an educational purpose in addition to an entertainment purpose) are becoming ever more important. This is not surprising considering the fact that serious games allow employees to acquire new knowledge and skills in an interactive, meaningful and attractive way.

Serious games are already widely used in health care, the military and education. In fact, serious games can be used in any area and the shape, size and cost of a game can be very diverse.

In order to successfully deploy a serious game, it is important that the learning goals are well integrated into the various game elements of the game. A good integration of these learning goals into the game elements results in a coherent learning environment – learning tasks incorporated into the game’s activities – in which learners can gain the necessary knowledge and skills. But how to develop a good game? And which game elements should a game have? We want to answer these questions in the series “Serious games”. Let’s start with the definition of a game.

Definitions of a game

Over the years, different definitions of a game have been developed. Several researchers agree that a game should mainly contain “rules and goals” (Prensky, 2001; Salen and Zimmerman, 2003). Nicole Whitton (2010) states that a game can be defined by 10 characteristics that should always be present: Competition, Challenge, Discovery, Fantasy, Goals, Interaction, Outcomes, People, Rules and Safety. Apps that only contain a number of these characteristics are not games, she says, they are rather “game-based”, “game-like” or “gamified”. Based on the definition we use, we can determine if what we are designing can be called a game or not.

A game is an interactive, rule-defined environment in which players handle conflicts to achieve goals that results in a quantifiable and/or meaningful outcome.

When we look at this definition schematically (Figure 1), it becomes clear that a game is nothing more than a set of rules that determine what the environment looks like (context), what objects (with their characteristics and relationship to each other, the environment and the player) there are, and how a player can achieve the goals set in a game (what action he/she can perform, and the results of these actions: the feedback).

Figure 1. A schematic view of a game

When we take the above mentioned game-elements into account, it is possible to develop a good (serious) game and to give players a positive and instructive experience.

However, when educating employees and making them learn new competencies (the knowledge, skills and attitude), it is not just about “which” game elements are important in the development of a serious game, but it is also about “how” the chosen game elements need to be designed in order to achieve the desired learning outcome.

In the next blog post we will look at the effect of the different game elements on engagement, motivation and learning to dig deeper into that. To a certain extent, that blog post will be the answer to the following question: “How can I gamify my e-learning course to create a lot of engagement and motivation, in order to ultimately achieve a higher learning efficiency?” 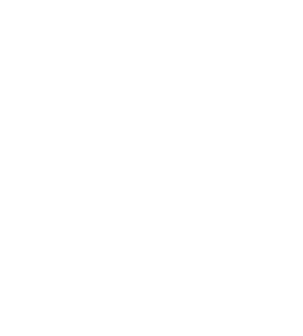